My first impression of the Los Angeles Theatre in Downtown Los Angeles was created when I pressed my nose against the glass of the lobby doors, held my hands along side my face to block the glare of a Sunday afternoon and peered inside to the majestic six-story lobby. The grand staircase lay in front of me with its lavish red carpet ascending to the marble fountain with crystals cascading down in tiers. Gold leaf overlay glows throughout the lobby on the columns, ceiling, banister and railing. Hanging high from the domed ceiling, the crystal chandeliers gleamed even during the day in the vacant lobby as if waiting to welcome its guests.

From the outside, you can hardly imagine that this treasure exists amidst the bridal shops, shoe stores, sandwich shops and dozens of jewelry outlet stores that line Broadway, all vying for your eye with their over exaggerated storefront signs. The fortress-like roll up doors of the locked shops lay in stark contrast to the magnificence that sits next door.

It would be easy to overlook these theaters surrounded by all this. But now that I know their names – Los Angeles Theatre, The Orpheum, The Million Dollar Theatre, United Artist, Mayan, Palace Theatre, State Theatre – I wanted to find out their stories. Below is the story of the Los Angeles Theatre.

The Los Angeles Theatre is located in the historic Broadway Theatre District of Downtown Los Angeles at 615 South Broadway. Built in 1931, it was the last of a long line of theaters built downtown between 1911 and 1931.

William Fox who established the Fox Film Corporation in 1915 originally owned the theatre site. He also owned a chain of movie theaters across the country and patents on the new Movietone sound-on-film process. By 1930, Fox had fallen on difficult times and decided to allow H.L. Gumbiner to develop the lot at 615 S Broadway. Fox Film Corporation would later merge with Twentieth Century Pictures in 1935 to become 20th Century Fox.

Hailing from Chicago, H.L. Gumbiner already owned two theatres on Broadway. Gumbiner’s first experiment at building a successful theatre on South Broadway was with the Tower Theatre located at 8th and Broadway.

It should be noted that the Los Angeles Theatre has a strong similarity to the Fox Theatre in San Francisco, which William Fox had built. It is possible that he shared the plans from the Fox Theatre with Gumbiner and Lee. Even considering this, Lee did an outstanding job designing the detailed elements of the theatre and went on to have a lasting career designing buildings in Los Angeles.

Built in an impressive six months, the Los Angeles Theatre opening night was in January 1931 with the premier of the Charlie Chaplin movie City Lights. With Chaplin in attendance with his guest Albert Einstein, there were 25,000 people outside the theatre trying to catch a glimpse. Opening night was a great success. However with the construction of the theatre costing $1.5 million, the theatre would soon run into financial instability with Gumbiner’s company declaring bankruptcy within three months of opening night. The Los Angeles Theatre would ultimately close by the end of 1931 due to the bankruptcy.

William Fox would re-enter the picture, gaining control of the theatre through bankruptcy court. He would manage the theatre (that was built on his land) showing second-run films until 1939. Metropolitan Theatres would take over from there. With the influx of new movies during the war, 1944 saw Metropolitan to begin showing first-run movies including the MGM musicals. This was the height of the Los Angeles Theatre. The theatre was open from 8am until 6am the next morning every day of the week. Employees working the swing shift at the war plant would often see a movie after their shift in the early morning.

Currently the Los Angeles Theatre is only open for private events. The Last Remaining Seats film festival put on by the L.A. Conservancy is a great way to see the inside of this majestic theatre. It is held annually at the end of May running through June. Other theatres included in the film festival are The Orpheum and The Million Dollar Theatres. Tickets go on sale to Conservancy members at the end of March and mid-April for the general public – $16 members; $20 general public.

Additionally the L.A. Conservancy offers walking tours ($10 for members; $15 general public) on Saturdays. Broadway Historic Theatre and Commercial District Walking Tour gives you a great insight on the Broadway Theatre district. Tickets must be purchased by 5pm on Friday before the Saturday 10am tour. Subject to availability, the tour includes entry to a few of the theatres including The Orpheum, Million Dollar Theatre, Clune’s Broadway Theatre, Loew’s State Theatre, Pantages Downtown but unfortunately there is no interior entry to the Los Angeles Theatre.

Current owners of the Los Angeles Theatre – the Delijani Family – sent a letter of intent to Los Angeles City Counsel Members to fully restore and reopen the theatre for regular use based on the city’s revitalization plan for new public parking. Read the letter of intent on the LACity.org website. (PDF) 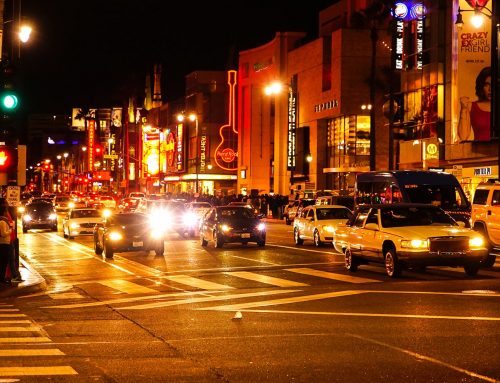 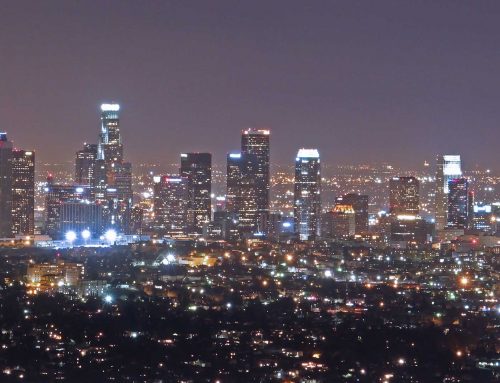 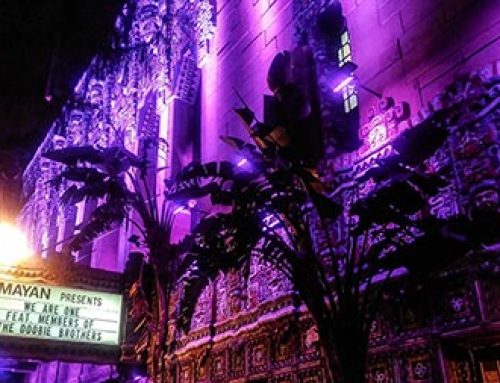