A Look Back at Historic Buenos Aires Metro Line A

For 99 years, Buenos Aires Metro Linea A with its unforgettable wooden carriage cars has been transporting its passengers beneath the equally renowned Avenida de Mayo in Buenos Aires, Argentina. It was the first subway to open in South America in December 1913. Running from Plaza de Mayo to Carabobo, its total track length is 6.5 miles (10.7 km).

What makes Linea A memorable, is that it is the only line on the Buenos Aires Metro that uses the original wooden carriage cars (built between 1911 and 1919) complete with wooden floors, windowpanes, doors and slatted seats.

The mystique of these time machine cars is added to by the soft white lights in their luminous globes, bringing the gentle feeling of romance and charm to the setting. Dangling white rings hanging from ceiling straps and long, white poles contrast against the dark and aged wood of the coach.

Sounds of the Metro

The rickety sounds of the cars resonate through the tunnels as they whisk into the station and vanish just as quickly. With the sound of rushing wind through the windows, the cars hurdle you through the subway tunnels, shaking and noisy, catapult you through the narrow passage underground.

Breaks come grinding to a halt in the station, making you think that perhaps it is a good idea that they are upgrading the cars on the line in favor of newer, air-conditioned cars. (Yet Linea A has the “least registered faults and incidents in its 99 years of service”.)

The outside skin of the coaches do not do them justice. Repeatedly painted over through the years, it gives no indication of the beauty that is held inside with 99 years of Buenos Aires history.

About the Carriage Cars

Built by Belgian manufacturer La Brugeoise, et Nicaise, et Delcuve, the cars have for years been a daily reminder to tourists and commuters alike of the stories of Buenos Aires and times gone by.

The first set of cars, numbered 5 to 50, arrived in Buenos Aires in mid-1913 ready for the initial tests of the system.

More information on the historic Buenos Aires Linea A Subway: 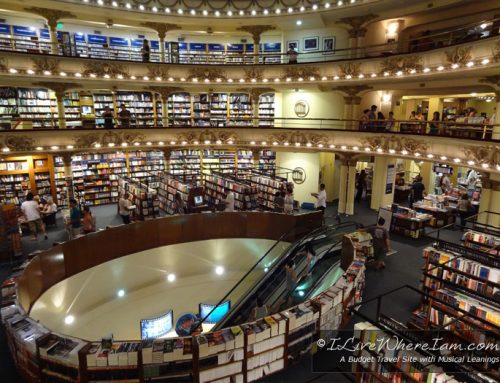 Buenos Aires: El Ateneo – The Most Beautiful Bookstore in the World 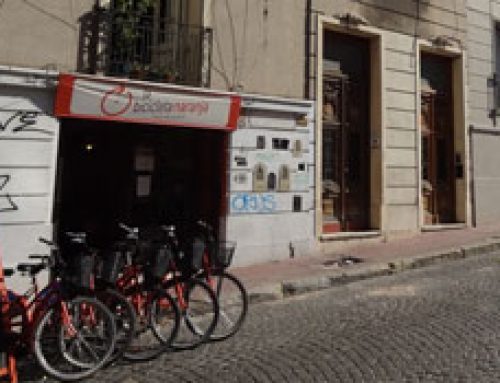 Tour Buenos Aires by Bicycle – Cobblestones and the Reserva Ecológica